Before we got fully into it we sat down and discussed possible projects we could work on for our group work. We thought back to ‘The British Council Film Collection’. We originally were going to shoot a war scene, of which we did, however it wasn’t perfect and most of the footage I couldn’t get my hands on to edit, so we had to scrap that idea in the end. We enjoyed our projects from last year, which involved handheld horrors. We’d venture around and record ghosts or paranormal events relating to the Blare Witch Project. We wanted to do more paranormal videos, however it would be more differcult, as we’d need new locations that were scary and we couldn’t find many abandoned buildings to explore. As in the ‘The British Council Film Collection’, they had a few war films we were inspired by, we were going to make them black and white however in the end we thought short comedy spoofs would be the best way to go. 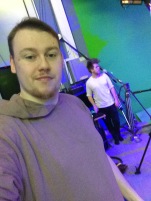 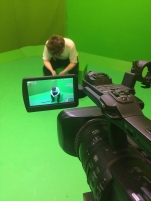 As this was group work Brandon wanted to try out his expertise of editing on his scene, below are screenshots of his work, which was similar to mine, however he had a song and a different background to relate more to The Room. 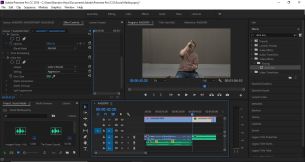 This was one of my favourite projects we did for our group work. Above is a short TV style show I edited, of which Brandon wanted to reenact the 2003 blockbuster The Room’s ending scene for some reason, so we shot it and I thought we cant just have that, as it wasn’t fully entertaining and enjoyable, so instead I got him to film me doing poses for an advert, which I could shove at the front of the show for more entertainment.

So it starts off with a few clips of me posing around the green screen, with a woman voicing over to educate the viewer on the item that’s on sale. I added a white background colour in to match that of the original advert (shown below).

I added a Nickelodeon cut in between adverts and the show with Brandon, as it related to the comedy project well and would give a bit of nostalgia to all the kids that watched Nick back with that logo before it all changed. We tried getting similar shots of that The Room had, from close ups to side shots of Brandon laying down with the cloth that Tommy did. I added a crimson background to represent love, of which the main character lost, and blood of which the main character would produce from killing himself. To add the comedy effect to this terrible scene, I decided to get different angles of him falling over and edit them really badly over each other to relate to how terrible TV dramas do to create suspense.

We then move onto the last parts, from where I enter the Nick logo to relate to Disney XD’s logo, where they’d have celebrity guests saying here’s whats next. It then goes back into adverts afterwards, where I thought it looked like a proper advert. It took me ages to find a good advert that would fit what we were doing, after adding in Childish Gambino’s song, I had us dance like an Apple advert. I then added the IKEA logo and voice over to completely fool and surprise the viewer from what they would usually expect. Finally as a bit of fun I made us go super saiyan… and for those who don’t know what that is, it’s powering up to your strongest form in a show called ‘Dragon Ball Z’. It was silly but worked well with the Lucozade advert to show the strength the drink gives you.

As an add on, Brandon decided to edit himself into some Dr Who scenes he wanted to be put into, he did do a good job though with the regeneration scene.